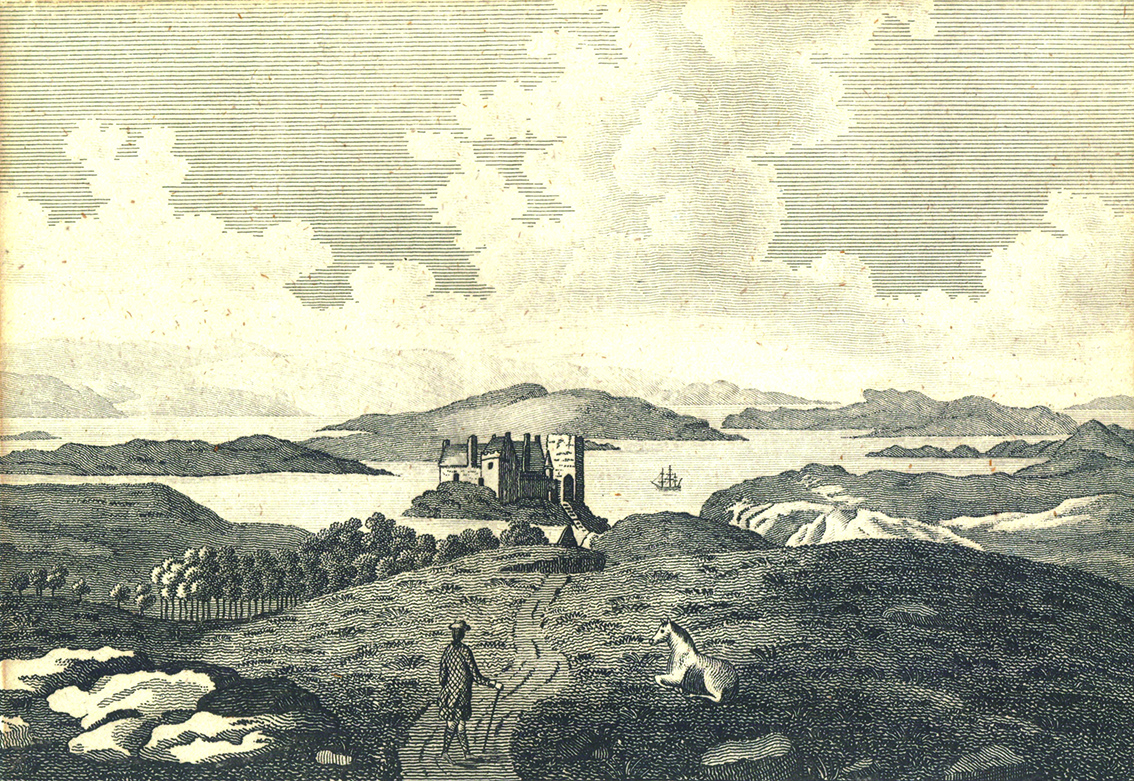 In 1773, the 23rd Chief’s mother wanted to build a house in Waternish stating, “there was not and never could be a good garden at Dunvegan.” However in this 1772 print by Pennant, some mature trees are visible on the riverbank near the waterfalls and the formal gardens you see today began to take shape some forty years later.

The story of Dunvegan Castle’s garden and woodlands began in the 17th century, although its development was halted by the social and economic upheavals before and after the Jacobite rebellion of 1745.

The castle archives of the early 18th century show payments to a gardener. He was dismissed in 1712 with no reason recorded. It is possible that his employment was thought to be an extravagant expense as the 22nd Chief (1706 – 1772) was only six years old at the time and his interest in gardens had not yet matured.

In 1650, a map of Skye was published which shows the island being covered in natural woodlands. Tradition has it that much of this forest was cut down because it hid bands of robbers: this could account for the scarcity of woodlands in Skye today. However the 22nd Chief is said to have possessed a forest nursery near the castle in order to supply his tenants with trees to plant around their houses.

In 1773, the 23rd Chief’s mother wanted to build a house in Waternish stating, “there was not and never could be a good garden at Dunvegan.” In 1811 however, John Norman (24th Chief), who later created the rectangular Walled Garden so typical of Scottish houses in the Victorian period, began planting trees on a large scale. From this point on, the history of Dunvegan Castle’s garden really begins.

It is believed that his son, Norman (25th Chief), created the Round Garden. With its Box-wood Parterre of sixteen triangular beds, undulating paths and the arrangement of the gates, it is a tribute to the French formal tradition. However the ravages of the Potato Famine in 1847-51 disrupted these developments, when the castle gardens were cultivated to provide food for the Chief’s family and his people.

The last great planting was carried out in the late 1920’s by Sir Reginald MacLeod (27th Chief) but sadly much of this was lost to wind and animal depredation. In 1978 John MacLeod (29th Chief) decided to follow the example of his ancestors who had tried to create a garden at Dunvegan. Since then, there has been a considerable amount of replanting and investment to restore the gardens to their former glory. The present Chief, Hugh MacLeod, and his dedicated team of gardeners continue to build on this unique horticultural legacy.